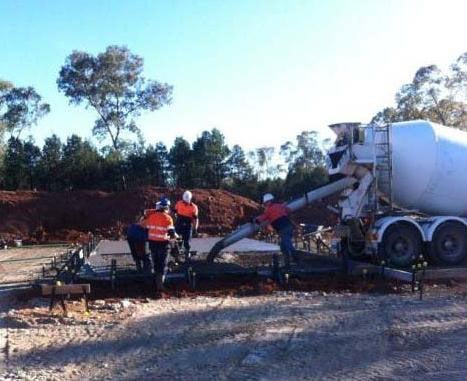 
The PYBAR team have begun mobilising to the Hera Mine site near Nymagee in Central NSW,with the workshop, offices and site sheds set up and site establishment about to commence.

This project is a full development, life of mine contract for 7 years – the longest initial contract PYBAR has been awarded and is a result of a three year relationship built with YTC Resources during the extended tender process.

Employing up to 60 people direct from PYBAR and 100 site-wide, the project will include drill and blast, shotcreting, cablebolting, bogging, trucking and production.

PYBAR has also invested in a batch plant for shotcreting to ensure supply of concrete and to maximise productivity.

Operations Manager David Hunter says ‘We are extremely excited to commence this greenfields project and as the sole contractor we will be able to demonstrate the PYBAR standard for quality development and cost effective production services.’

Development is expected to commence in January next year.