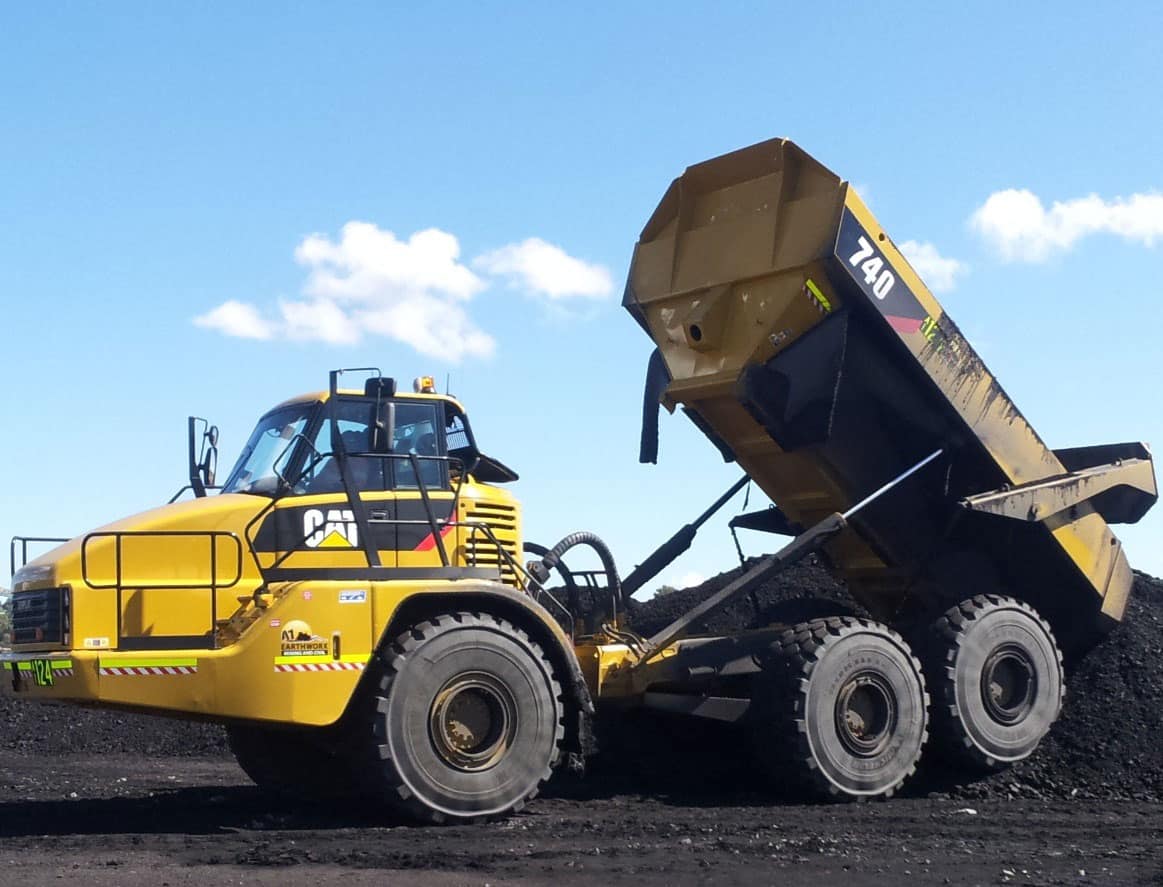 Safe haulage during construction at Ulan

April 29, 2013
Mine Development, Mine Production, Whole of Mine


To maintain mine productivity, PYBAR’s civil and earthworks partner, A1 Earthworx Mining & Civil (A1) have been providing haulage services during construction and commissioning of the trunk conveyors and workshop / stores at Xstrata Coal’s Ulan West operations.

Ulan West is an underground coal mine located north of Mudgee, NSW. During the construction phase, the client required coal to be carted from the boxcut portals to the CHPP (coal handling and preparation plant) stockpile; the journey was 5km each way – a 10km round trip.

In addition to the transfer of the coal, the project involved keeping the stockpiles cleared when coal was not being hauled. The project has been running for 12 months and, at its peak, was using seven x 40T articulated dump trucks, a 980 Loader, a 40T excavator and employing 15 people on a rotating roster.

A1 Supervisor, Andrew Burke, comments: ‘Since the beginning of the year, A1 has carted in excess of 230 000 tonnes of coal using our 40T articulated dump trucks, averaging 30 loads per day, with a record of 33 loads in one day’.

‘Importantly, during this project there have been NIL incidents and NIL near misses’, says Andrew Burke. ‘This is testament to the safety focus of the A1 operators to both themselves and the people they work with’.

The project is expected to be completed in early May.