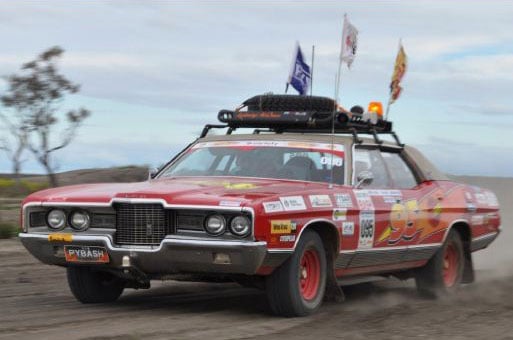 
Paul Rouse and his crew are hitting the roads again for the 2012 Variety Club Bash, fondly known at PYBAR as the PYBASH. Taking off on the 19th August from Balmain and venturing 4,202 kilometres to the tip of QLD and northernmost point of Australia, Bamaga to help support Variety – the children’s charity.

“We are prepared and counting down the days until we begin our journey. We have already raised $19,000 but aim to reach $33,000” says team Capitan and CEO of PYBAR Paul Rouse.

Variety is a national non-for-profit charity that raises money to empower children who are sick, disadvantaged or have special needs; you can still donate to the Variety Bash through sponsoring the PYBASH car by contacting Linda Clipperton; P (02) 6361 6404 or E linda.clipperton@pybar.com.au