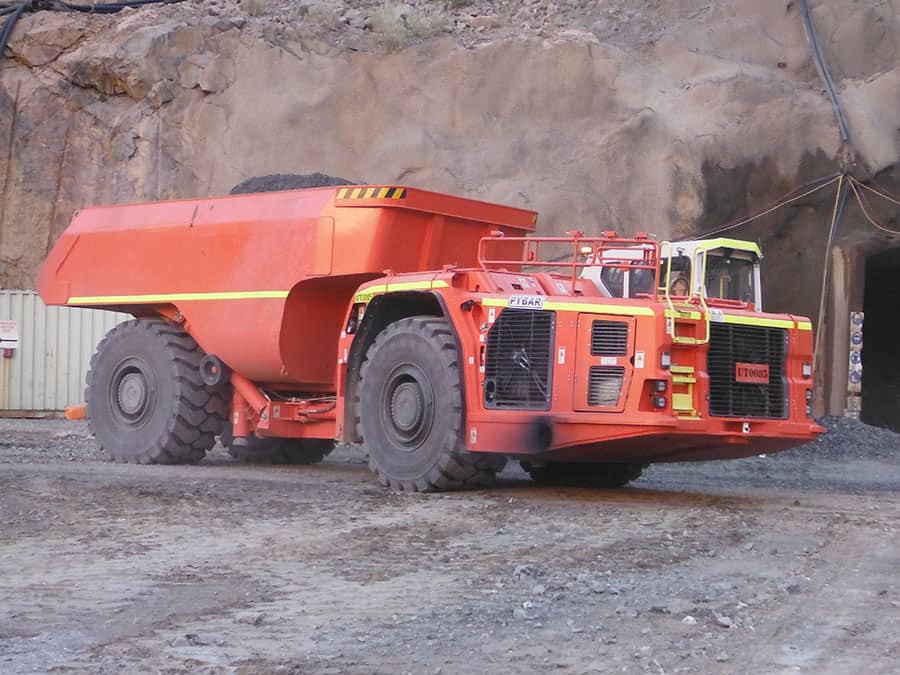 To determine the truck’s performance against its competitors, we’re putting it to the test against Caterpillar’s AD60.

In recent years, Sandvik has been unable to offer the contract mining market a viable alternative to the Atlas Copco and Caterpillar underground haul trucks.

In February this year, PYBAR purchased the Sandvik TH663 underground haul truck and commissioned it at Osborne. Based on anticipated increased payload ratio, greater speed in inclines and improved reliability, Sandvik claims the truck will deliver higher productivity and reduced operating costs, over and above its competitors, such as the Caterpillar AD55B and AD60 trucks.

The TH663 ROPS/FOPS cabin includes a trainer seat while the front frame suspension provides for a smoother ride. The truck has some unique optional features such as an on-board Volumetric Scanner for load estimating, tyre pressure monitoring and an on-board tyre jacking system which allows for rapid and safe tyre changing in the event of a flat tyre on a haulage ramp or other confined space, thereby minimising production holdups for the rest of the mine.

With more than 60 safety features, Sandvik also claims the truck is ‘probably the safest ever built’.

How does the truck stack up against its competitors?

With our values in safety, service, respect and results in mind, PYBAR offered Caterpillar the opportunity to evaluate Sandvik’s performance claims against their biggest underground haulage trucks, the AD60 and the AD55B. The AD55B has been used extensively at Osborne during PYBAR’s term on site. A Caterpillar AD60 truck was mobilised to Osborne specifically for the trial.

The jury is still out for now as to which is the better truck, and in what application, but the approach PYBAR has adopted will ensure PYBAR will be fully informed before any decision is made. 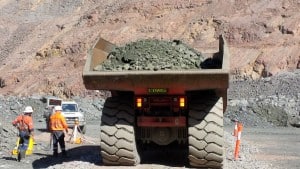 A 62t load being weighed on a scale 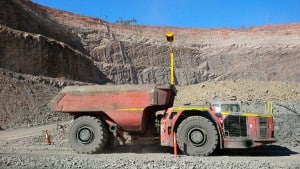