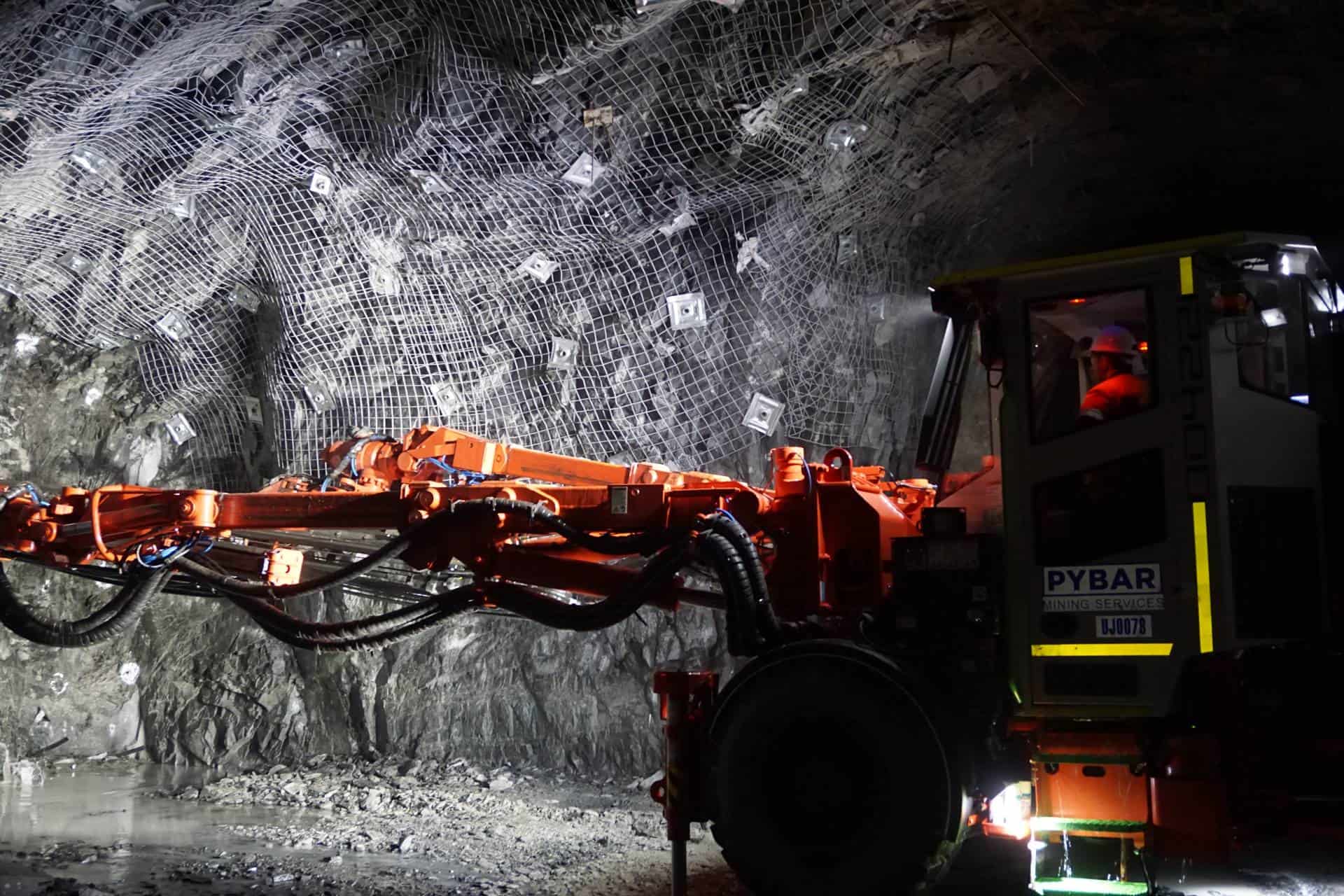 
The DD422i long round jumbo delivers both automation and precision at the Hillgrove mine in NSW where a 435m of decline development was completed within the scheduled time and cost, with no recordable injuries. The quality of the excavation and ground support installed was first class.

PYBAR added to its drill fleet in 2016 a new Sandvik DD422i long round jumbo with Platinum iSURE specification for maximum precision and fitted with feeds to suit use of 5.5m drill steels.

After completing an initial training exercise at Hera in NSW, the rig was mobilised to Bracken Resources’ Hillgrove project in October, also in NSW, to complete 435m of decline development at the Metz mine.

JOB COMPLETED SAFELY, UNDER BUDGET AND ON TIME

After the project was wrapped up, Scott Jones, GM at Hillgrove, said: “PYBAR performed an excellent job at Hillgrove with the Sandvik DD422i jumbo. They completed the 435m of decline development within both the scheduled time and cost. The technology employed by the Sandvik 422i allowed minimal overbreak and rounds averaging 4.8m. The work was completed with no recordable injuries and the quality of the excavation and ground support installed was first class.”

Of note is the performance results under difficult conditions.

Next stop for the DD422i and crew is Saracen Minerals’ Deep South mine in WA.

Precision drilling with the DD422i

The mining industry sometimes refers to this style of jumbo as automated, but in fact that feature is not the predominant benefit of the on-board technology. The real benefits are associated with its precision drilling capabilities.

The rig is aligned at the face via survey-control laser, although survey alignment is not a pre-requisite. Sensors on the booms ensure that blast holes are drilled precisely in accordance with drill patterns designed in collaboration between jumbo operators and mining engineers.

The precision drilling supports use of long advance rounds by reducing the occurrence of ‘butt’ and overbreak. The quality of the rock will always affect the outcome, but competent jumbo operators can apply these tools to produce better, more consistent results – ’less room for error‘.

Over the years miners have strived to achieve longer rounds. Twenty years ago, the standard length of drill steel was 3.7m which typically ‘pulls’ 3m. The DD422i uses 5.5m steels and pulls 4.8m. PYBAR’s Sandvik DT920i rig (currently at Carrapateena) is fitted with 6.4m steels and pulls 5.5m on a 1:7 decline.