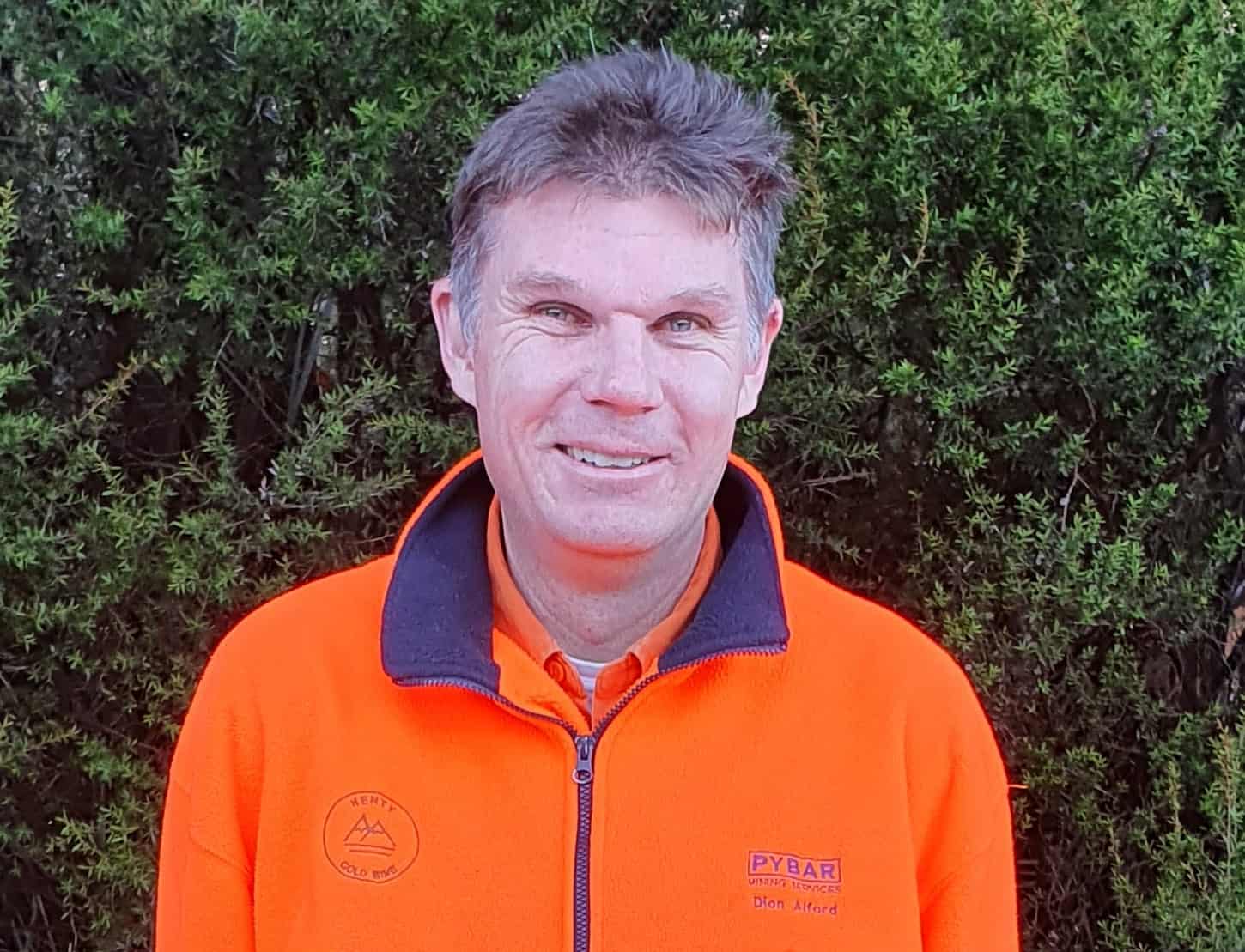 EMPLOYEE OF THE YEAR 2020: DION ALFORD


Congratulations to Dion Alford, Henty Gold Mine General Manager on being awarded PYBAR’s 2020 Employee of the Year!

On 23 December, the PYBAR Employee of the Year, Dion Alford, and Runner Up, Drew Apps, were announced live via social media. The announcement was the culmination of the 2020 PYBAR CORE Awards, with the monthly winners decided from peer nominations of colleagues who demonstrate the PYBAR values of SAFETY, SERVICE, RESPECT and RESULTS.

In 2020, 536 nominations were received, narrowed down to 17 finalists, and ultimately one winner and one runner up. All finalists received several nominations throughout the year, demonstrating their ongoing hard work and devotion to PYBAR values.

Congratulations to Dion, Drew and all our finalists!

Employee of the Year, Dion Alford

Dion is a highly regarded and well respected General Manager at the Henty Gold Mine near Queenstown in Tasmania. His nominations came from both corporate and onsite employees, who appreciate the time and effort Dion puts in every day. He is a positive role model and sets the benchmark in excellence and leadership.

As the 2020 Employee of the Year, Dion received:

Since joining PYBAR in 2017, Drew has excelled in his role as Transport Supervisor, based at PYBAR’s Corporate Office in Orange. Nothing is ever a problem for Drew, he is dedicated, skilled, efficient and jumps in with a smile to proactively take care of any issue.

Drew is incredibly well liked and a great friend to have in the office.

As Runner Up, Drew received: