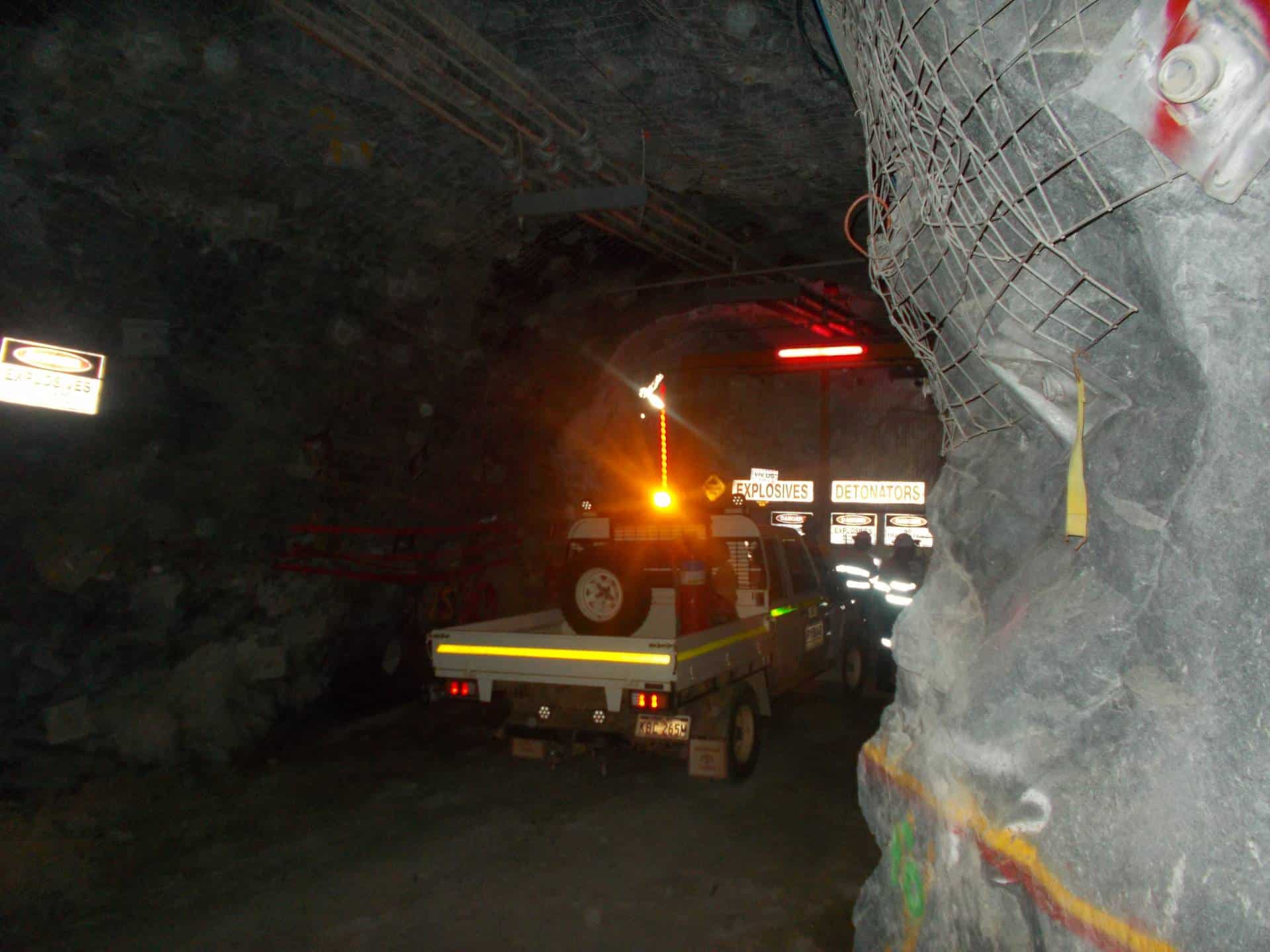 
Reduced visibility of LVs in the underground environment is a significant safety risk – even when fitted with mandatory flashing beacons. To address this issue, we undertook an initiative to improve LV safety by fitting all LVs across our sites with whip aerials. To date, the results have been notable.

Since fitting all LVs in operation across our sites with whip aerials, we’ve had zero LV interaction incidents.

During the 12 months to June 2017, our sites had recorded a number of incidents where a light vehicle (LV) had ‘interacted’ with another vehicle in an uncontrolled manner. In some cases, the interaction had been between a light vehicle and a heavy vehicle (HV), such as a truck or bogger (referred to as an LV/HV interaction).

Identified as a major concern, our project management team at Deep South undertook a review of available options to improve the visibility of LVs.

It was known that the reduced visibility of LVs underground was a contributing factor, even when vehicles were fitted with a mandatory flashing beacon.

A trial of one brand of buggy whip aerial at our Carrapateena project proved to be problematic, but a member of the Deep South team had had a positive experience with Hartac LED Lightstick aerials at an underground project overseas.  A controlled trial involving five LVs at Deep South was instigated during July 2017.

HV operators provided overwhelmingly favourable feedback on the increased visibility of LVs. Damage to the aerials was a perceived risk but none was recorded during the trial.

The trial was so successful that the aerials were mandated as a standard across the 175 underground LVs in PYBAR’s fleet,

The last of the LVs were fitted with the aerials in October and since then, we have recorded no interaction incidents involving LVs across our sites. Monitoring is ongoing.