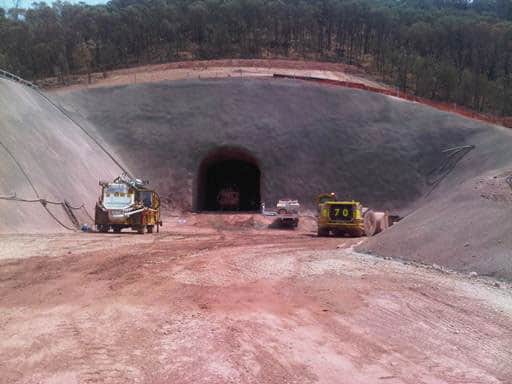 Lady Loretta off to a great start

December 16, 2011
Mine Development, Mine Production, Whole of Mine


A well planned mobilisation, on time handover of portal access and above forecast decline development to date has seen a great start for PYBAR’s Lady Loretta contract

The Lady Loretta mobilisation was seamless’ says Operations Manager Steve Dryburgh ‘with the site infrastructure establishment plan well executed on a green fields project including the box cut development site handover being on schedule and a portal excavation of the highest quality, is testament to the detailed mobilisation planning and a credit to the team involved.’

Since the project commenced in September, all parties on site (Xstrata Zinc, the Xstrata Construction Team and PYBAR) have worked together as a team in sometimes difficult circumstances resulting in a better than expected decline advance. The next step is a second jumbo on site to further increase the development rate.

Lady Loretta is another example of PYBARs capacity to quickly mobilise and develop mine sites at high speed.

Xstrata Zinc’s Lady Loretta mine is located approximately 140 kilometres northwest of the Xstrata Mount Isa Mines operations and is planned to be operational by the end of 2013. Resources currently stand at 13.7 million tonnes grading 17% zinc and 6% lead and the project will produce zinc-lead concentrate through the Mount Isa processing facilities over a 10 year mine life.