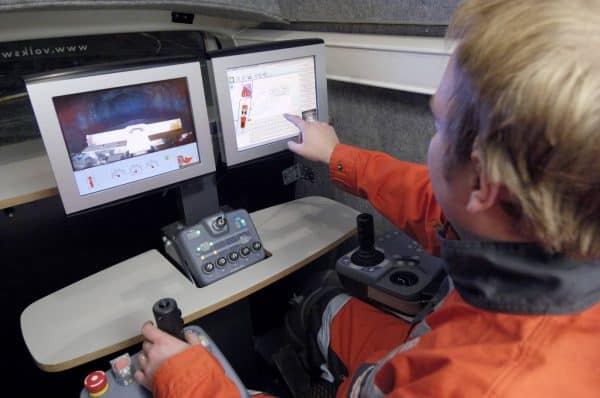 Pioneering the future of underground mining

There is a huge trend towards technological innovation in the mining industry as miners strive for greater safety, efficiency and productivity.

The opportunity is even greater for underground projects where development and application of new technology, particularly sophisticated communications infrastructure, has been slower due to the challenging environment.

As technology has advanced, however, solutions such as automated loaders, high precision semi-autonomous drills, various safety innovations and sophisticated communication systems are now being increasingly applied at underground projects around the globe with Australian mines among the early adopters.

PYBAR is taking the lead at the Carrapateena copper-gold project in South Australia by offering some of the latest innovations in support of OZ Minerals’ ultimate vision of the project becoming Australia’s first fully autonomous mine.

This vision strongly aligns with some of our values; SAFETY, SERVICE and RESULTS, and our commitment to applying innovative technologies that deliver tangible benefits to our clients.

Following the on-schedule completion of the Carrapateena box cut development and portal firing at the end of September, a number of innovative initiatives are being rolled out during development of the access decline.  The success of these initiatives will be closely monitored over the coming months to determine their application at other PYBAR sites.

Reducing risk at the face with spray-on lining membrane
While PYBAR has a good safety record in development operations, the mining industry in Australia is looking for ways to further reduce the risk of injury from loose material falling from the face. This hazard is greatest when personnel are installing and charging lifter tubes.

As such, PYBAR has commenced trials of a spray-on lining membrane, comparing various similar products from several manufacturers. The liner will secure the face from falling rocks, providing a safer environment for our drillers, nippers and chargehands. This is particularly important given the 6.5m face height.

While commonly used in general applications in the coal sector, its application as an alternative to meshing and bolting or shotcreting the face to protect against rock falls is a first for the Australian hard rock industry.

Early results have been encouraging. The product is easily applied to the face using our existing spray rigs and cures rapidly. We will continue to evaluate its performance as the project progresses.

Improving safety and productivity with an underground wireless, real time tracking and data communication system
Wireless communication systems that track, schedule and communicate with personnel and machinery revolutionised open pit operations and have been standard at these types of projects for some time.

Underground, however, it has been a different story. Conventional Wi-Fi use has been restricted due to its cost, complexity, poor range and location accuracy of no better than 20m. Reporting and problem solving has been retrospective rather than in real time and the accurate tracking of tasks and equipment near impossible.

Now, the commercialisation of an effective and cost efficient high precision tracking and communications technology has the potential to revolutionise underground operations.

Developed by an Australian mining ICT developer and supplier, the system enables sub-metre accuracy positioning to track and communicate with personnel and machinery underground in real time.

The infrastructure is powered by core wireless technology invented by the CSIRO and is believed to be the only dual purpose communications system available globally with this level of capability in the underground environment.

While a number of Australian and a few international mines have partially applied this technology for tracking of equipment, we are one of only two mining contractors that have commissioned it for both tracking and data communications.

Our application of the technology at Carrapateena will see a phased roll out of the system encompassing the installation of the wireless communication and high precision tracking infrastructure and accompanying task management and safety platforms.

Phase one will consist of a two-way underground digital radio system plus the installation of wireless infrastructure to cover the 500m to the decline face where the majority of activity takes place. A select number of our heavy and light vehicles will be fitted-out with the system’s mobile nodes and in-vehicle PCs, and set-up with the task management system.

The system will allow real time communication and data transfer between supervisors and enabled vehicles and equipment, allowing performance monitoring and problem solving in real time, rather than post-shift.

Production information can be directly input to the reporting database by the operators, allowing real-time reporting. This information can be shared amongst supervisors and other operators to monitor progress precisely and to better prepare for the next critical-path activity, thereby increasing operational efficiency.

In the event of equipment breakdown, electrical maintenance personnel can access the network to assist with diagnosis, parts, technical assistance and repair. No specialist technicians are required.

As the decline is developed, opportunities will be investigated to integrate the machine data captured with our own business intelligence systems.

It is widely accepted that without sophisticated communications infrastructure and platforms, autonomous mining simply isn’t achievable.

Increasing drill rig safety with a jumbo safety system
Initiatives for the continuous improvement of employee safety and well-being remain a core focus throughout the industry.

A known risk underground is the potential for entanglement in exposed rotating drill steels. While this risk is managed through safety procedures, technology is now available which removes the risk of human error.

At Carrapateena, PYBAR is retrofitting an advanced safety system to its two jumbos onsite. The system uses laser scanners to measure the location of people around the drill and automatically disables the functions of drilling and boom movement should anyone inadvertently pass into the operating zone in front of the drill rig.

Carrapateena will be one of the first mines globally where this system will be deployed.

With SAFETY a core value, this is an important initiative for PYBAR as we continuously seek to improve safety in the workplace.

Greater productivity with semi-autonomous bogging
Carrapateena is a high speed development project. Near world record rates of decline face advance are being targeted.

A key innovation initiative at Carrapateena is the application of technology that allows for waste bogging to be undertaken while exhausting toxic fumes following blasting. By shortening the face cycle time, it’s expected to deliver significant productivity benefits.

The semi-autonomous technology is being fitted by the manufacturer to PYBAR’s Sandvik LH621 LHD. The system will allow autonomous navigation capability from the loadpoint to the stockpile within the low visibility area without any operator guidance. The system can steer the loader while engaged in up to fourth gear if the roadway is suitable, hence optimising the cycle time.

The operator can then switch to conventional tele-remote function for the more complicated activities of bucket filling and dumping at the stockpile. All video and data transfer is via a wireless network over a fibre optic backbone.

While the system is being rolled out to various sites across Australia, Carrapateena will be the first to apply the technology for development and stockpile application purposes.

Innovating for a competitive edge
We anticipate exciting safety, productivity and efficiency improvements at Carrapateena as a result of these initiatives. Our early adoption provides an opportunity to establish a strong competitive advantage for both PYBAR and our clients.

We will bring you updates on the progress and outcomes of these initiatives and we look forward to sharing other innovation programs with you in 2017.