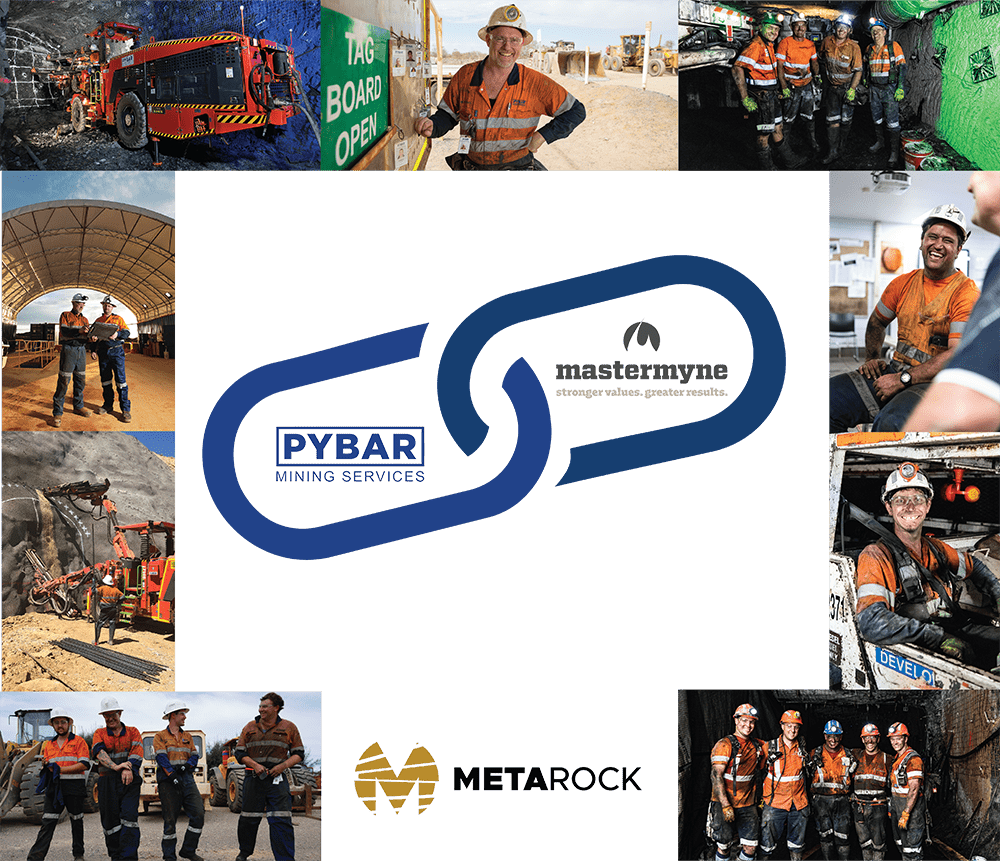 
In late 2021, PYBAR Mining Services was acquired by the ASX-listed Mastermyne to form the larger and more diverse Metarock Group (ASX:MYE). The transaction was met with broad approval by shareholders, clients and employees of both companies and the wider industry.

Both PYBAR and Mastermyne have proud foundations and long histories in delivering high quality, safe and productive work, made possible by creating cultures that value people and safety, respect and quality results. These values will continue and grow within the new combined Group structure.

Shareholder approval for the joining of the two businesses was granted in early November, with the transaction completed on 5 November 2021, roughly doubling the size of the Group. Shareholders also approved a name change of the parent company to Metarock to reflect the wider Group’s diverse client commodity base. PYBAR Mining Services and Mastermyne will each maintain their own strong operating identities within the hard rock and coal mining spaces, respectively, with the benefit of an ASX-listed Group parent company.

Mastermyne is a coal contracting business, founded in Mackay, Queensland, in 1996 by Andrew Watts and Darren Hamblin. Mastermyne became a public company in 2010 and has grown over the years to deliver a broad scope of contractor services to tier 1 coal mine operators and niche coal asset owners throughout Queensland and New South Wales.

Mastermyne has long maintained a reputation within the coal sector of reliably demonstrating an ability to deliver and has grown to become the largest contractor in the underground coal sector. The great majority of its business, approximately 95%, is in metallurgical coal required for steel making, rather than power production which uses thermal coal.

Benefits of the Integration

The joining of the two companies to form the Metarock Group provides stability and opportunity for PYBAR’s clients and business partners.

Paul Rouse, founding PYBAR Director, has a place on the Metarock Board as Non-Executive Director, where he will play a major role in guiding the future of the combined business.

The scale of the combined Group will afford access to capital and new expertise across the business, while maintaining the “PYBAR family” and client-focused culture for which we are recognised and respected.

The joint capabilities of Mastermyne and PYBAR will create a larger and more diverse mining services business, with a wider service offering to the industry.

PYBAR will continue to operate as a separate legal entity under the PYBAR name that is respected across the industry. The same PYBAR culture, values, leadership and way of doing business will remain and grow into the bright future we see ahead.