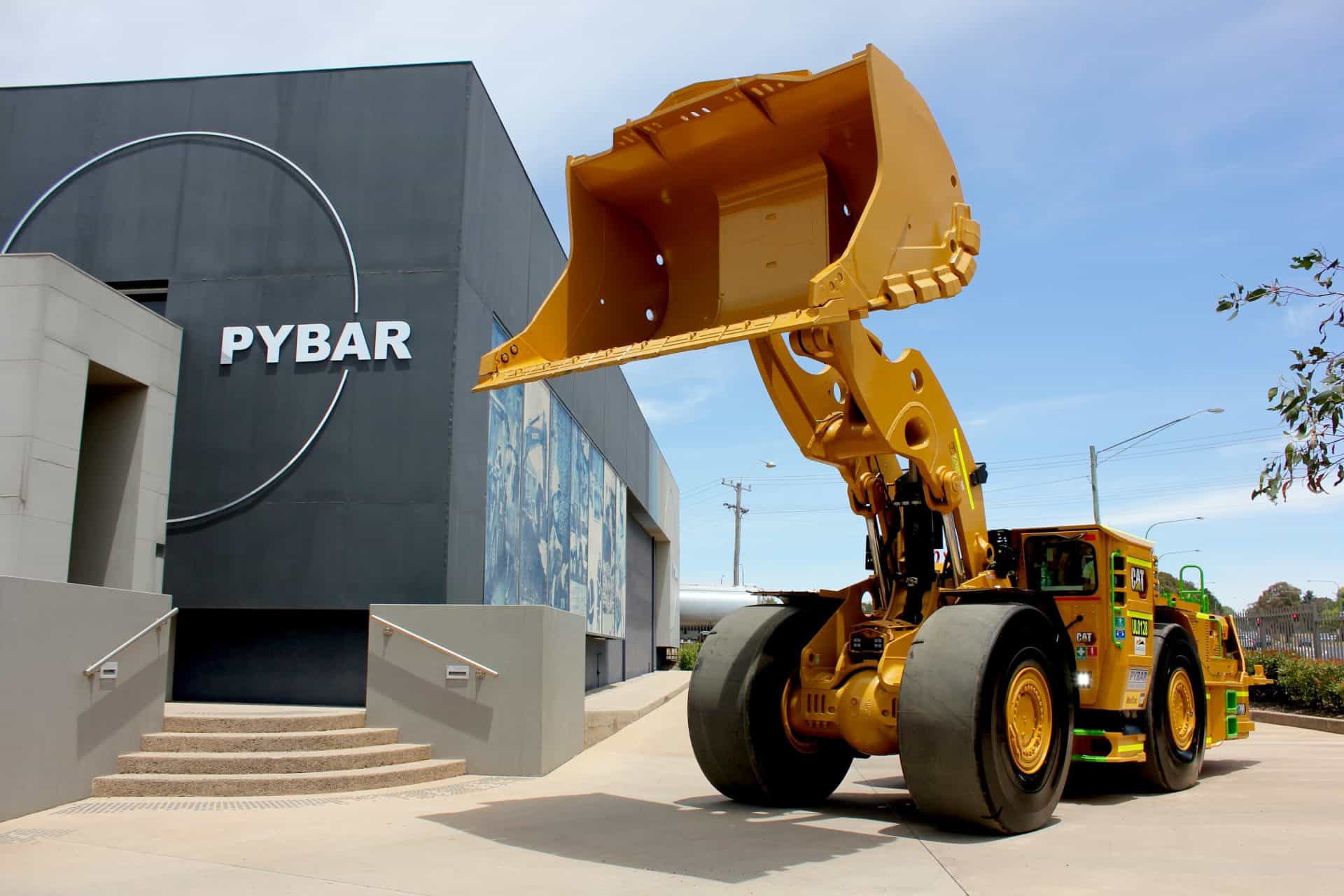 
A second brand new Cat® R1700 underground loader has been delivered to Dargues Gold Mine in NSW as PYBAR prepares for advanced underground automation.

A second brand new Cat® R1700 underground loader has arrived at Dargues Gold Mine in NSW as PYBAR prepares for advanced underground automation at the Diversified Minerals site from 2020.

The first of two new R1700s purchased for Dargues from WesTrac was commissioned at the mine during August 2019.

The new machines are equipped with Caterpillar’s next generation Command for underground technology, giving them automation capabilities that will allow them to be driven via tele-remote from the surface from early-2020, realising significant productivity, efficiency and safety gains.

“With the second loader now on site we will complete the tele-remoting set up in time for stoping early next year,” said PYBAR Chief Technology Officer, Andrew Rouse.

“Our intention is to be able to tele-remote from the surface from the outset when both loaders go into full operation. It’s a milestone all three teams (Caterpillar, PYBAR and WesTrac) have been working towards and will deliver,” Mr Rouse said.

When the first new loader went into operation in August, PYBAR began preparing for advanced automation through using the Traction Control and Autodig features on the new machines. The impact has been very positive with full buckets consistently being achieved.

Commenting on how the technology will benefit PYBAR, Caterpillar’s Commercial Manager for Underground Technology, Randy Schoepke said: “PYBAR has long seen the value of being on the leading edge of technology as a contractor and an owner miner. The new Cat R1700 loader will be a huge complement to their technology portfolio leveraging the most advanced features in the industry”.

WesTrac General Manager of Mining Sales, Jody Scott, added: “This is the culmination of more than two years’ dedication and teamwork with PYBAR to identify and test the technology that will have the most impact and benefits for them and their clients. Extensive testing has enabled us to fully evaluate the challenges posed by the harsh underground environments in which the machines are required to operate”.

The new loader visited the PYBAR office in Orange en-route to the Dargues site.