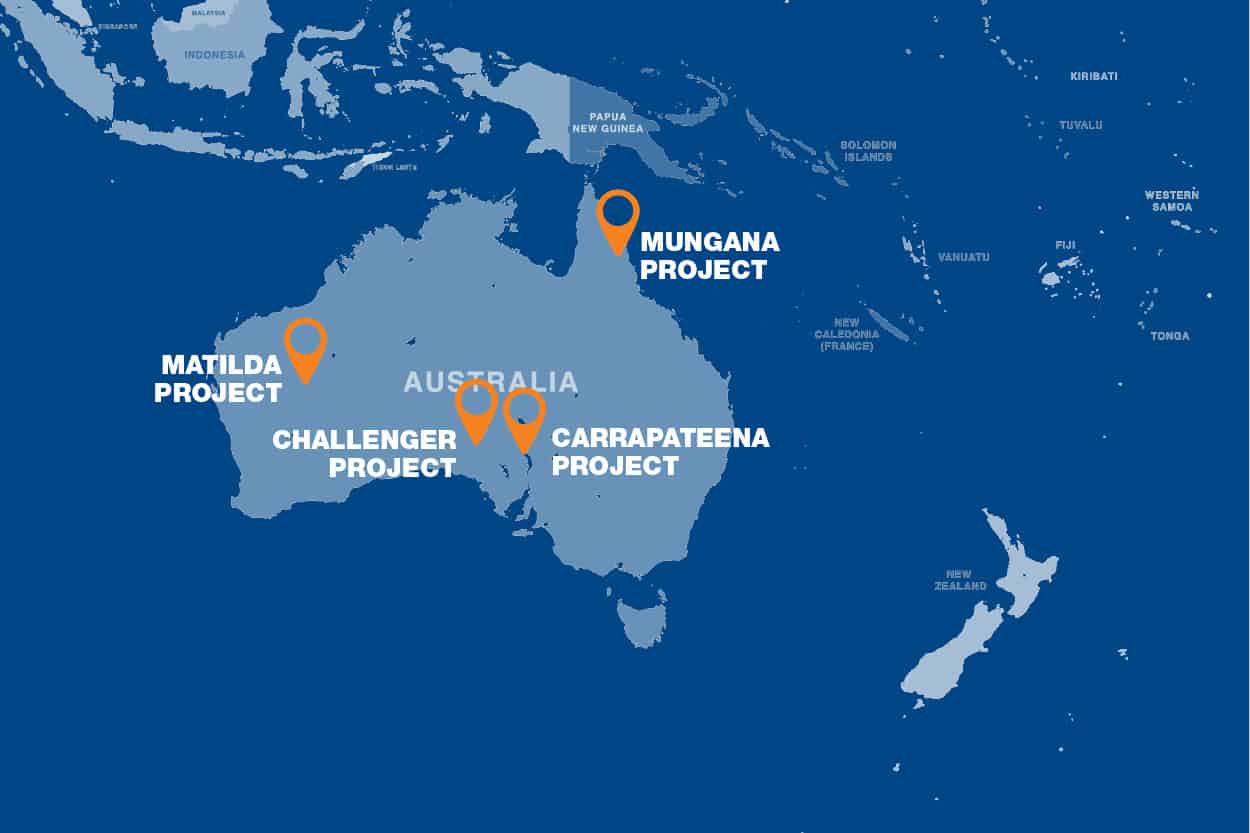 Following a number of recent contract wins, we have had a busy few months mobilising plant and personnel to the Matilda project in the goldfields of WA, the Carrapateena and Challenger projects in SA, and the Mungana project west of Cairns in QLD.

Carrapateena is a Greenfields copper-gold project, one of Australia’s largest undeveloped copper deposits. PYBAR is commissioned for the initial exploration phase works. The decline will be 6.4m high by 5.5m wide, sized to accommodate an overhead conveyor.

PYBAR have been re-commissioning the Challenger mine in SA. The mine is targeting production of approximately 48,000oz of gold per annum from the underground workings. Diamond drilling will be carried out to confirm future potential.

The Mungana mine is an existing high grade zinc mine which was developed up to a depth of 700m before being put into care and maintenance by previous owners, Kagara Zinc. Auctus Minerals has recently purchased the mine and processing facility and is looking to develop the mine as a sub level cave along with other regional deposits. PYBAR is currently commissioned for the initial early works phase.