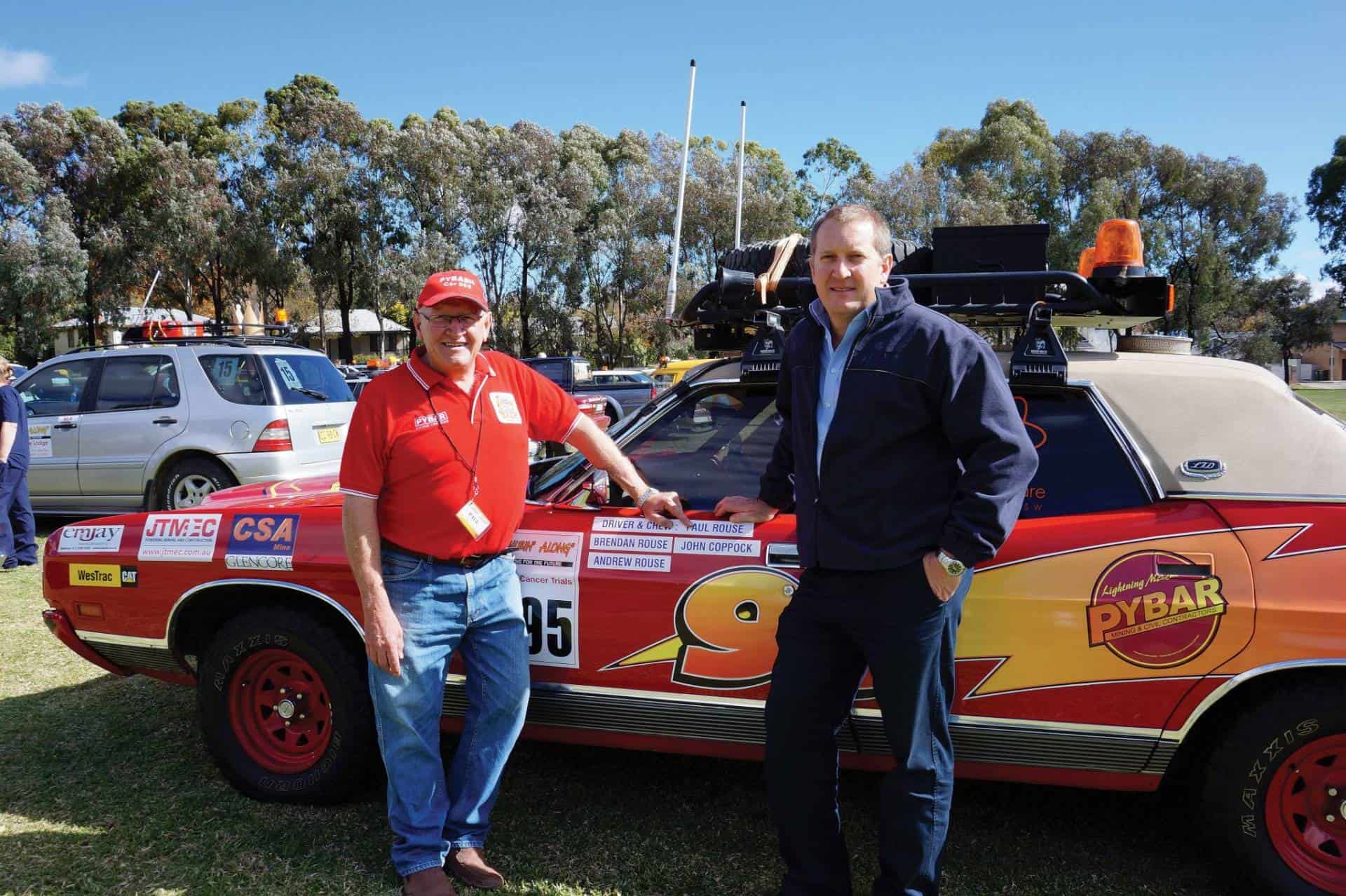 The PYBASH team has now returned from a successful Cancer Care Western NSW “Cruisin’ Along” Bash, travelling from Orange through Dubbo, Moree, Roma, Blackall, Longreach, Quilpie, Cunnamulla, Lightning Ridge, Gilgandra and back to Orange. A lot of fun was had by all participants, while raising funds for Cancer Care Western NSW.

We are very pleased to report that the PYBASH team raised over $15,000 from this year’s Bash, thanks to the generosity of our donors who have helped to fund the development of a clinical cancer trial centre at Orange Hospital. This will overcome the need for country patients to travel to and from Sydney each week for treatment.

The support of our donors is greatly appreciated by the PYBASH team, and the many people assisted by Cancer Care Western NSW.

The PYBASH team is now busy gearing up for the second of our two annual bashes, the Variety NSW Bash, which raises funds for special needs children. The Variety Bash will kick off in August, travelling from Sydney to Bunbury WA.