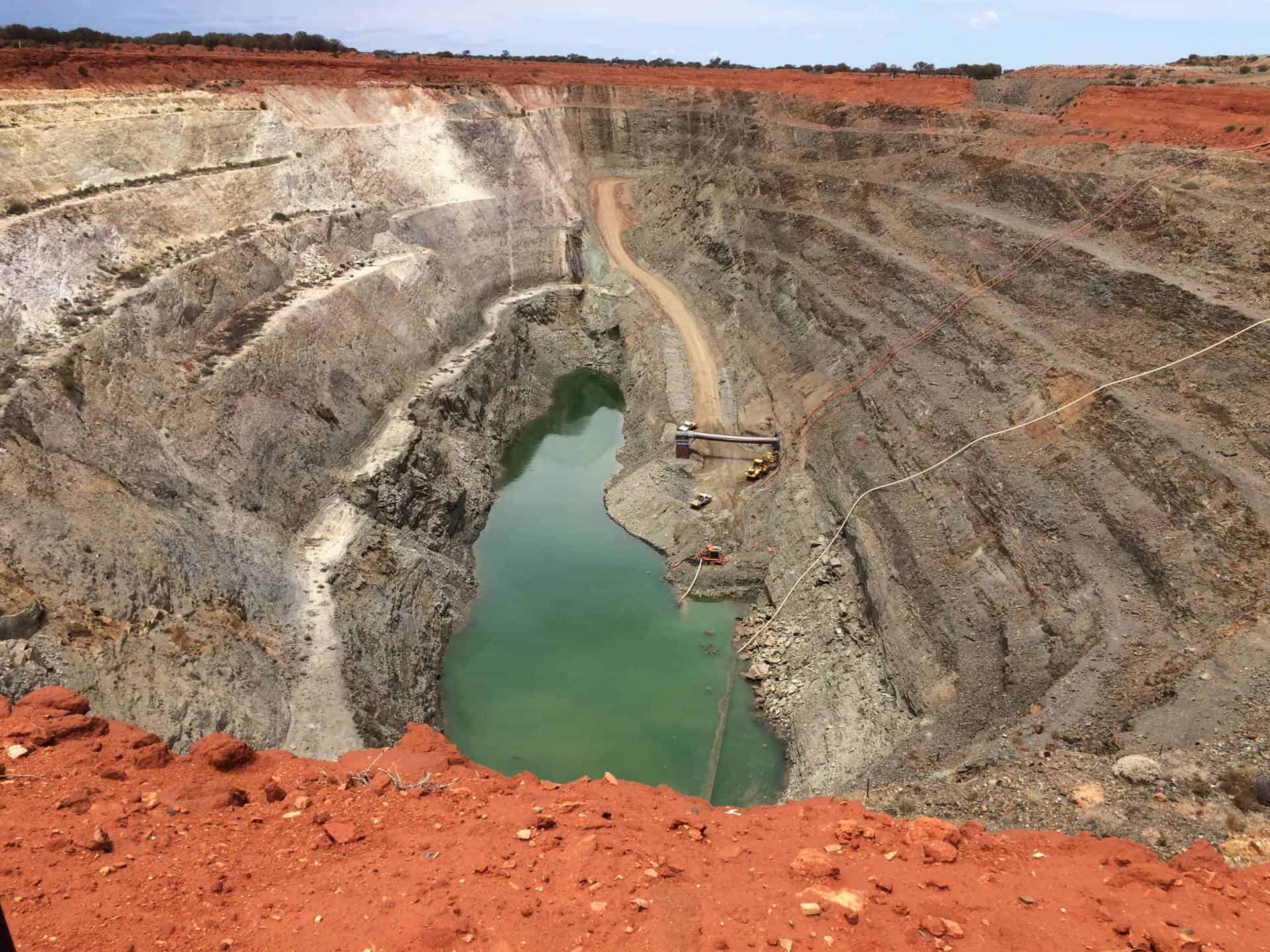 The underground development of Saracen Mineral Holding’s Deep South gold mine in Western Australia’s Goldfields is on schedule with stoping to commence as planned in the June quarter 2016.

Development is being undertaken by PYBAR Mining Services, which was awarded the nine month development contract in August 2015. PYBAR is also contracted at Saracen’s Red October gold mine, located 50km from Deep South, where it has been providing whole-of-mine services since 2011.

Open pit mining at Deep South commenced in 2004 by the project’s original owner Sons of Gwalia. During this initial mining period, approximately

PYBAR has been responsible for establishing part of the site infrastructure and cutting the portal in the existing pit at Deep South.

To access the elevation of the portal the pit required dewatering and the construction of a ramp comprising some 15,000 tonnes of waste material. As the falling water level exposed the pit wall, the portal façade was prepared from the top down, and the ramp was bogged to the next work horizon.

After three lifts on the portal façade and over 100 special grout bolts and shotcrete, PYBAR took the first cut in October 2015. The portal location is approximately 10 metres vertical above the final pit floor to provide suitable extraction of near surface high grade ore and appropriate flood protection.

PYBAR excavated a cross cut to intersect the first ore in mid December.

Mine development is on schedule, which will facilitate stoping in June quarter as targeted.

The company has two jumbos on site and a team at peak of approximately 50 personnel.

The mining method planned is up-hole benching with rib pillars – a well-utilised method in Western Australian underground mines. The mining sequence is top down with echelon retreat from the extremities back to the central access. The mine design and sequence has been completed and given the relative shallow depth and strike length of the known resource, little is expected in the way of adverse stress conditions. The long strike drives will suit planned use of autoguidance technology.

PYBAR has an opportunity to secure a contract extension at Deep South for the provision of development and production mining for the remaining predicted life of at least three years.