IMPROVING HOW WE CAPTURE AND USE DATA MECHANISING NARROW VEIN MINING 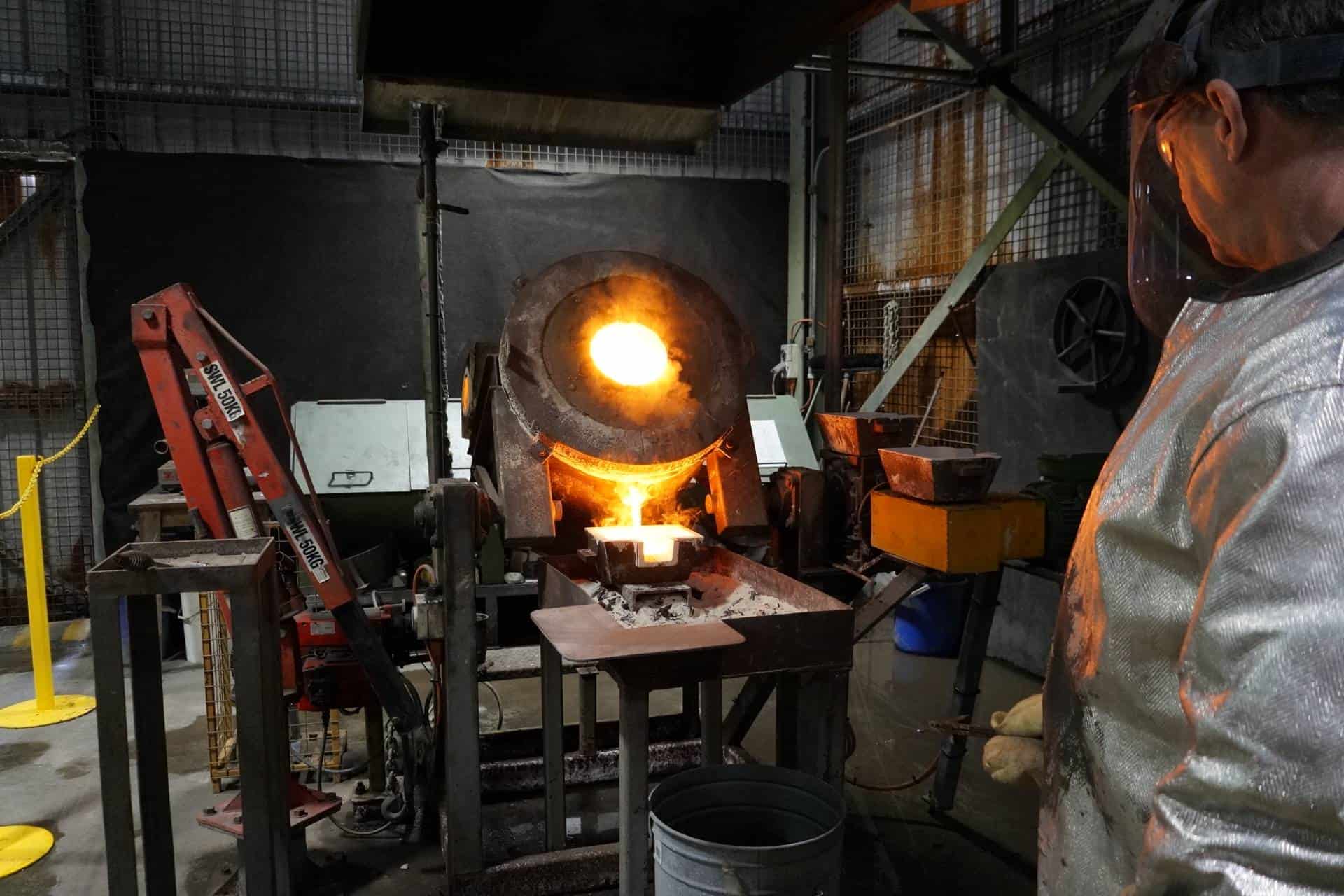 
Two gold doré (gold and silver alloy) bars, each weighing in at approximately 300 ounces, marked the first gold pour and welcomed reopening of the Henty Gold Mine in Queenstown, Tasmania.

A COMMUNITY AND COMPANY MILESTONE

In May 2016, Diversified Minerals Pty Ltd (DMPL) took over ownership of the Henty gold mine in Tasmania and quickly set PYBAR and HMR to work to bring the mine back into production.
On 16 January, Tasmanian dignitaries joined with management and team members from PYBAR and DMPL* to witness the first gold pour at the Henty gold mine after an extended period of care and maintenance.

The function comprised a BBQ lunch and addresses from the Premier of Tasmania, Will Hodgman, PYBAR CEO, Paul Rouse and Henty General Manager, Dave Pelchen. Guests attending the celebrations included;

A win for the community and companies involved.

Henty’s return to production brings much needed employment to a region which has been struggling under the recent downturn in the mining industry. Situated near Queenstown in the picturesque and rugged west coast region of Tasmania, the mine currently employs approximately 100 people, with numbers expected to increase as production ramps up.

Premier of Tasmania, Will Hodgman, who witnessed the gold pour first hand, said: “This is a great day for the directors, for the management and for the workers here at the Henty gold mine”. He also commended DMPL and PYBAR for their investment and commitment to the local community.

Two gold doré (gold and silver alloy) bars, each weighing in at approximately 300 ounces, were poured on the day.

Henty gold mine General Manager, Dave Pelchen, acknowledged the fantastic efforts of everyone involved to progress the project from the planning phase in June 2016 to the miners arriving on-site in August, the first blast in September, and now the first gold pour. 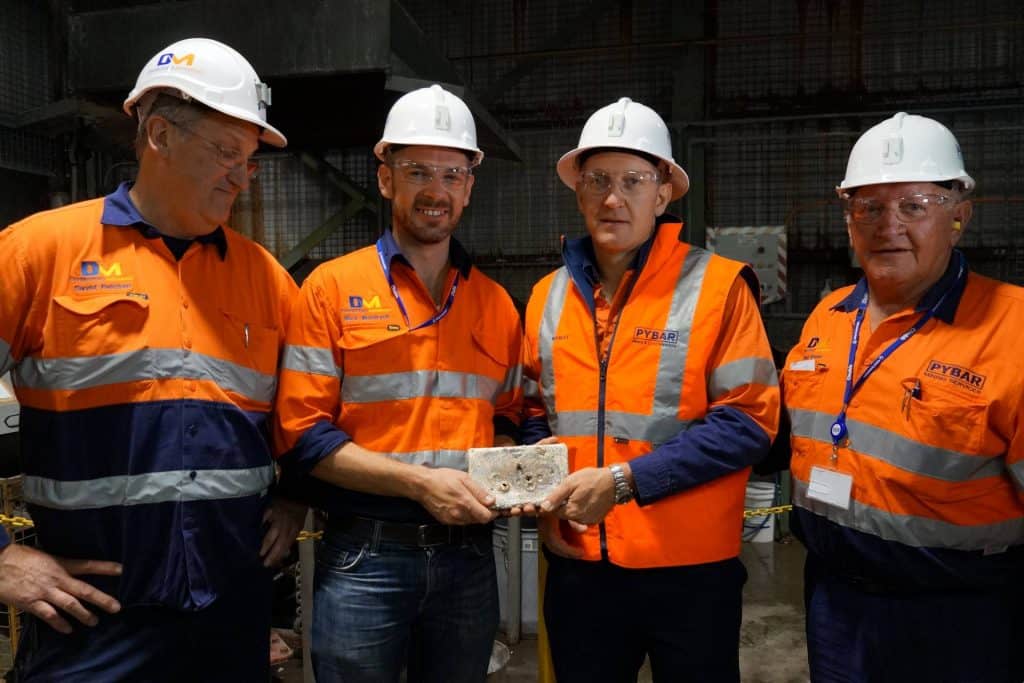