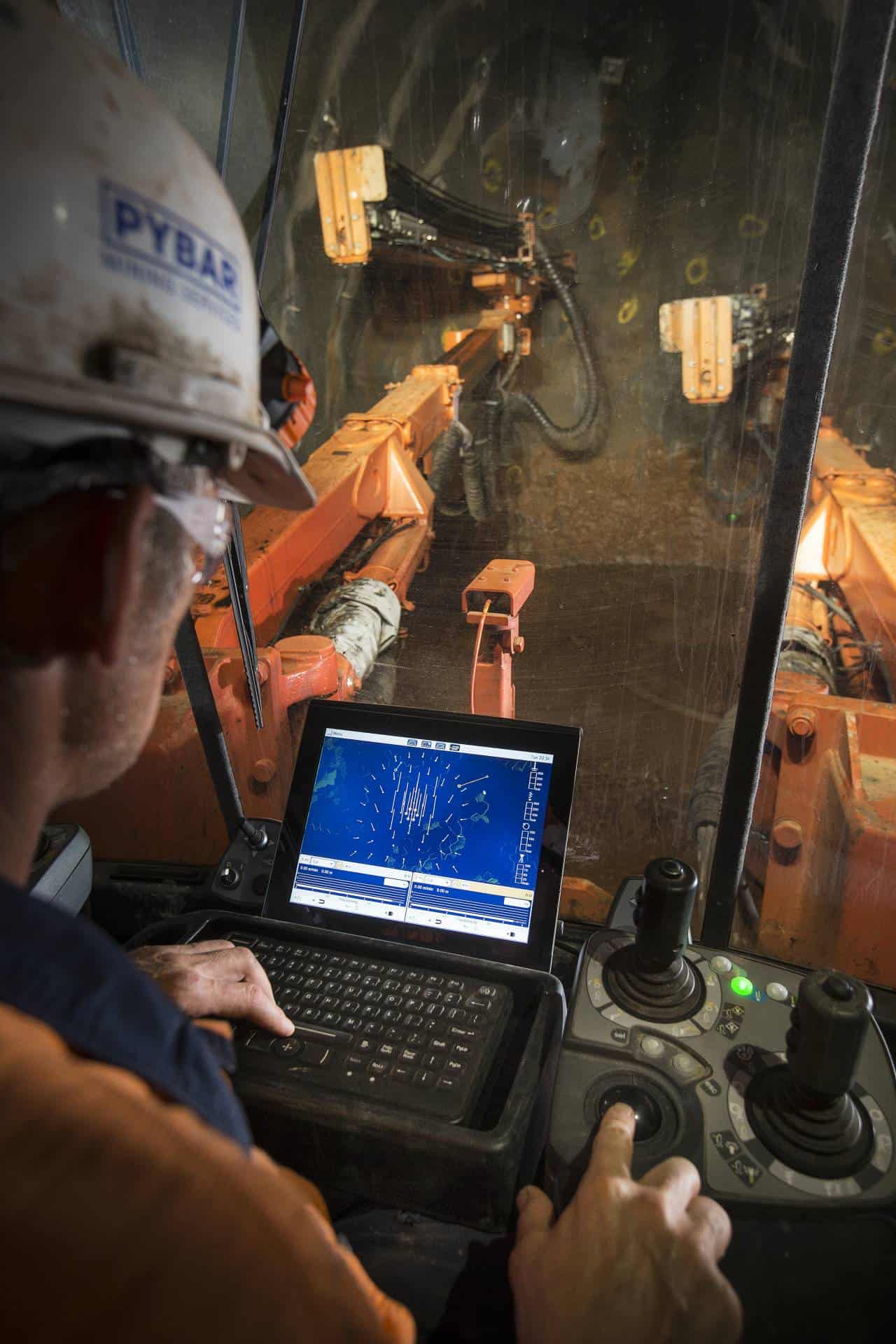 The Carrapateena copper-gold project in South Australia aspires to become one of the country’s most technologically advanced underground mines. With innovation central to the way we work, we are leading the implementation of various initiatives during the development of this pioneering project, including an advanced wireless IT and data system and semi-autonomous bogging.

Recently we reported on some of the exciting innovation programs we have at various stages of implementation at OZ Minerals’ Carrapateena copper-gold project in South Australia. These initiatives, among others, are now well underway or fast approaching implementation.

Phase one of the roll-out of this sophisticated underground communications system is now approaching completion. This has consisted of a two-way underground digital radio system and the installation of wireless infrastructure which will make equipment visible to other enabled equipment in the work zone, reducing the risk of collision.

When all phases of implementation are complete, the system will allow real time communication and data transfer between supervisors and enabled vehicles and equipment. Operators will be able to directly input production information into the reporting database, allowing supervisors and other operators to monitor progress precisely and better prepare for the next critical-path activity, thereby increasing operational efficiency.

Semi-autonomous bogging for mine development.

PYBAR has recently trailed the application of semi-autonomous technology on one of its LHDs to allow for waste bogging to be undertaken while exhausting toxic fumes following a blast. By shortening the face cycle time, it is expected to deliver significant productivity benefits.

The system will allow autonomous navigation of the bogger (from the surface) from the load point to the stockpile within the low visibility area without any operator guidance. The system can steer the loader while engaged in up to fourth gear if the roadway is suitable, hence optimising the cycle time.

The operator can then switch to conventional tele-remote function for the more complicated activities of bucket filling and dumping at the stockpile. All video and data transfer is via a wireless network over a fibre optic backbone.

Application of the Sandvik DD422i jumbo.

Our new Sandvik DD422i long round jumbo (pictured here) commenced operation at Carrapateena in April and has been performing well to date.

These programs, and others, will be closely monitored over the coming months with a view to applying them at other PYBAR sites on a best-for-project basis.