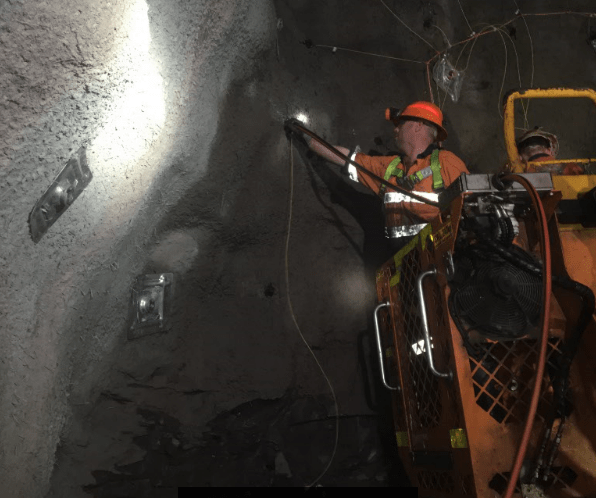 PYBAR is focused on innovating to enhance the performance of our underground development and production mining services.

Part of our internal innovation program is trialling the application of new approaches and technologies to determine and quantify their benefits.

Our latest initiative, which commenced in July, aims to optimise underground drill and blast performance and enhance our development capabilities by quantifying the benefits of using bulk emulsion explosives over ANFO.

The advantages of using emulsion in certain underground mine development applications, such as those with wet ground conditions, are generally well accepted. However, little has been documented on its benefit-cost ratio versus using ANFO in specific situations.

The initiative began with the first emulsion trial at Carrapateena and also included firing perimeter holes with electronic detonators to improve perimeter profiles during blasting.

The development of the dual decline at Carrapateena includes the presence of shale, a geological feature that is prone to overbreak.

Over a seven day period at the end of July, a Dyno Nobel Trident MPU charge unit was delivered to site with an operator, and used to charge 11 faces for the dual decline.

Prior to the commencement of the trial, a baseline was established on current charge practices, using ANFO, that included charge times, consumption rates, advance rates and overbreak.

Adam3D technology was used to generate 3D images of post-fired faces and to quantify any improvements achieved through the use of emulsion and electronic detonators. The technology also enabled volume calculations to be generated from the 3D images to determine overbreak.

While this was the first trial of the program and was based on only 11 charges, the results when compared to the ANFO baseline were encouraging:

In addition to its performance in wet ground, emulsion provides a number of other benefits including:

The project will now see further trials and data collection take place at other PYBAR sites with varying ground conditions as we progress towards a detailed analysis and report.

The project is just one aspect of a comprehensive program designed to optimise business efficiencies and capabilities in the competitive mining environment.