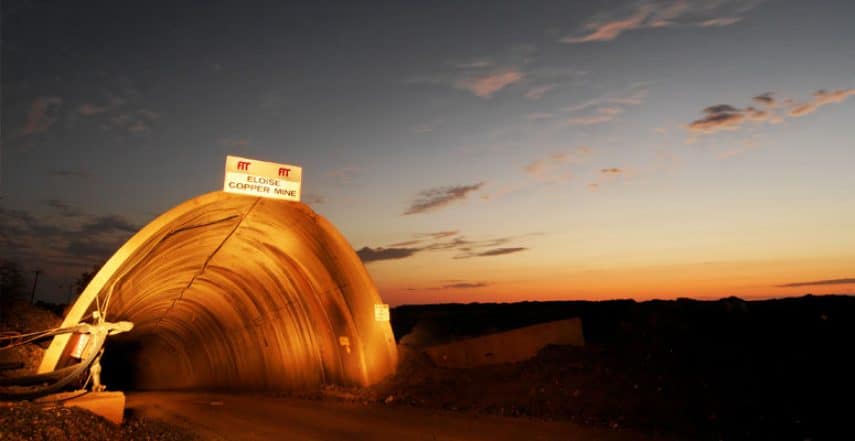 
In June, PYBAR’s Eloise copper mine project achieved 414 development metres for the month, exceeding its previous best month of 363m and budget metres of 370; an outstanding achievement by the whole team on site.

Key to success is firstly a belief that a goal is achievable, and second is putting that belief into safe systems and practices to achieve that goal. The team at Eloise has certainly demonstrated their belief in and commitment to achieving outstanding results, steadily increasing the site’s performance over the last six months.

The work areas are widely spread at Eloise Copper Mine, and the record development was achieved by using two Sandvik DD421 jumbo drills which have maintained availabilities of over 87%. One of the jumbo crews focused on the upper and middle sections of the mine, and the other focused on the Eloise Deeps which are some 1,500m below the surface or an 11km drive.

Given the hot and humid conditions that are often encountered in the mine, the 414m/month performance in June is a standout for the site team at Eloise and across the PYBAR Group as a whole. Well done Team Eloise, and we look forward to seeing what can be achieved in the future.