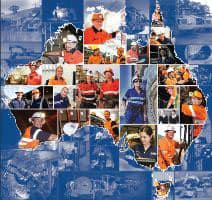 The 2012 print media campaign which will appear in a variety of inflight and industry magazines.

We’ve used a great range of shots from our Tritton and Osborne projects as well as head office in Orange. Thanks to the PYBAR team for helping us get some really super shots.