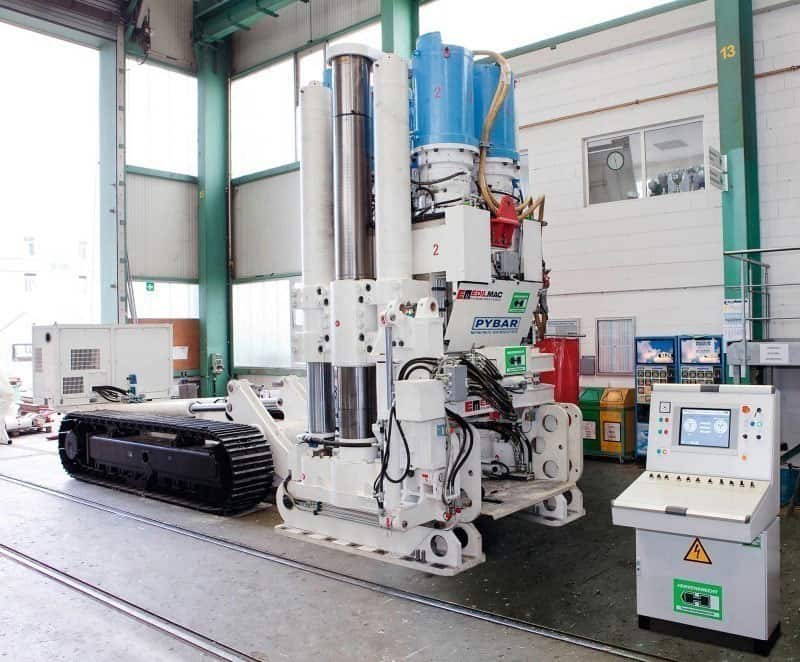 
Our new raise bore rig – the second largest in Australia!

This year, PYBAR made a significant addition to our fleet with the purchase of the Herrenknecht RBR600-VF raise bore – one of the most powerful raise bores in the Australian market.

With the capacity to construct shafts from 2.4m up to 8m in diameter and 1,000m in length, it’s one of only two in Australia with greater than 6m capacity – only Macmahon possesses a raise bore of greater capacity.

“This latest investment will ensure we continue to add value to our clients and out-perform on project schedules,” said Paul Rouse.

“We’re now focusing on communicating the enhanced capability of our fleet to existing and prospective clients.”

PYBAR’s new RBR600-VF rig will arrive in Australia in January 2015.

Reaming shafts with the RBR600-VF is safer, less labour intensive and, depending on the application, more cost effective than conventional shaft sinking.

The rig is one of the most efficient on the market due to its variable frequency drive. Whether utilising mains power or generators, its power consumption will be half that of an equivalent capacity machine with hydraulic drive, potentially saving clients thousands of dollars on power bills.

Its track mounted mobile and compact design means the RBR600-VF offers flexibility even in confined spaces, minimising the investment required in access roads and underground chambers.

It can be used to create shafts for ventilation, access and haulage, as well as pressure shafts for hydropower plants.

The rig can be mobilised by conventional load road transport (quad axle float) or overseas by ship in standard sea containers.