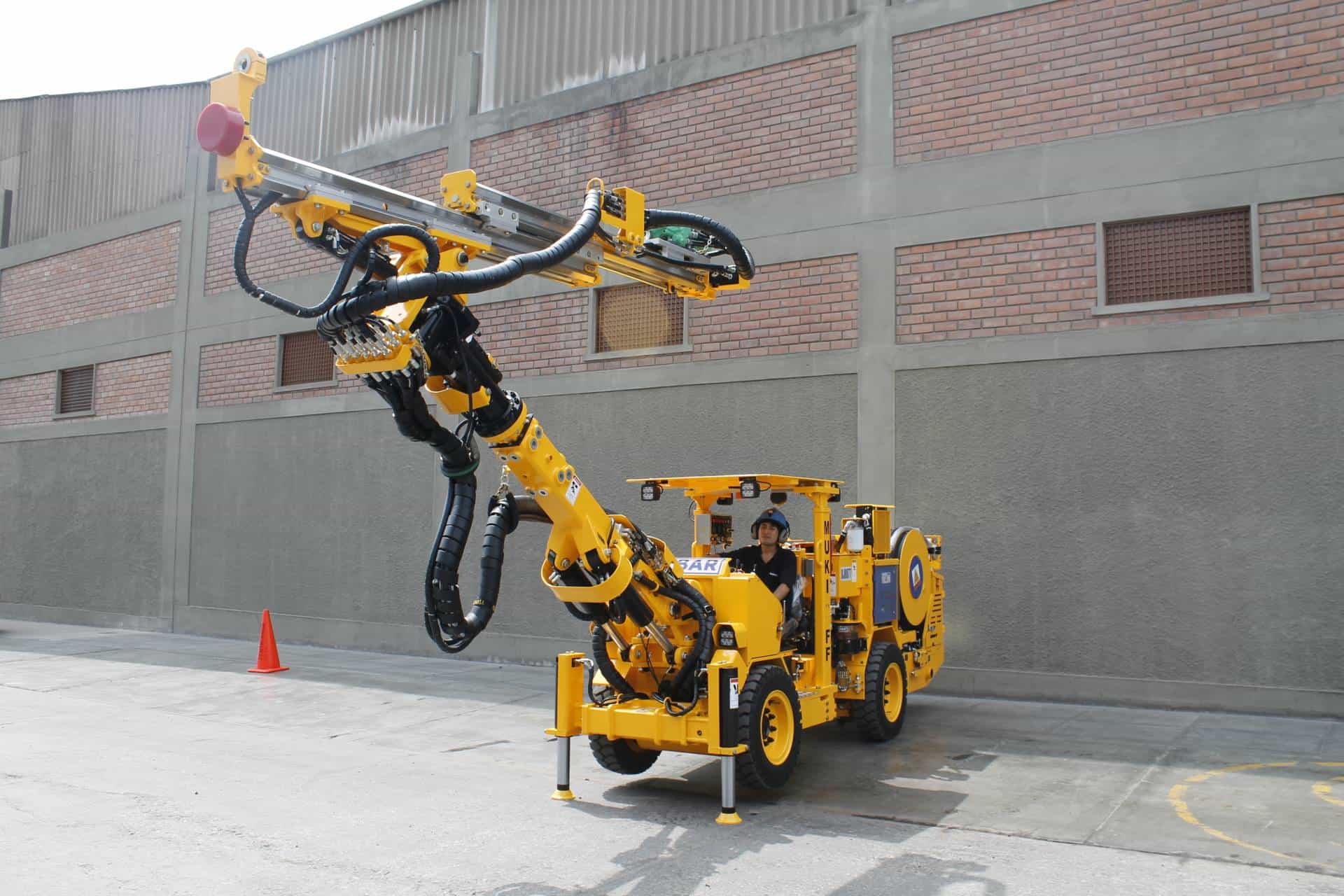 
In 2016, PYBAR acquired a number of unique rigs providing a strong competitive edge in the market. One of these new additions, the MUKI Micro Jumbo, successfully completed its first project in October – confirming its game-changing capability for narrow vein mining projects.

In 2016 PYBAR acquired a number of unique rigs providing a strong competitive edge in the market. One of these new additions, the MUKI Micro Jumbo, successfully completed its first project in October – confirming its game-changing capability for narrow vein mining projects.

Successful first project.
From August to October last year, the MUKI showcased its potential during a three month trial at the Costerfield gold mine in Victoria.

The rig comes into its own when both narrow vein face drilling and production drilling from the same drive, in replacement of the air leg (hand held) method. During the trial, the focus was on trialling the mechanisation of the face drilling part of the cycle but it also completed some ground support and longhole drilling towards the end of the trial period.

The drives at Costerfield are 1.8m wide x 3m high and 2m wide x 3m high. All face drilling was limited to 2m cuts as per the client’s request to align with hand held mesh lengths.

A total of 873 metres of advance was completed in less than three months. Comparably, this is two to three times more advance than could be expected using an air leg, while reducing manual handling! Elimination of other constraints, such as available bogging capacity, would have resulted in additional advance. On multiple occasions, six cuts per shift were achieved.

This is an outstanding result and proves that the MUKI is a real game-changer in drilling technology for narrow vein projects.

An industry game-changer.
The MUKI’s capability extends to longhole drilling and rockbolting in drives and stopes 1.8m wide x 3m high. Longhole drilling can be up to 15m long and 76mm diameter using 1.2m, T38 or R32 rods.

Given its significant productivity and safety benefits over air leg drilling, we believe the rig will be of particular interest to mine owners in Victoria and in WA, which is home to the largest number of narrow vein mining operations in Australia. 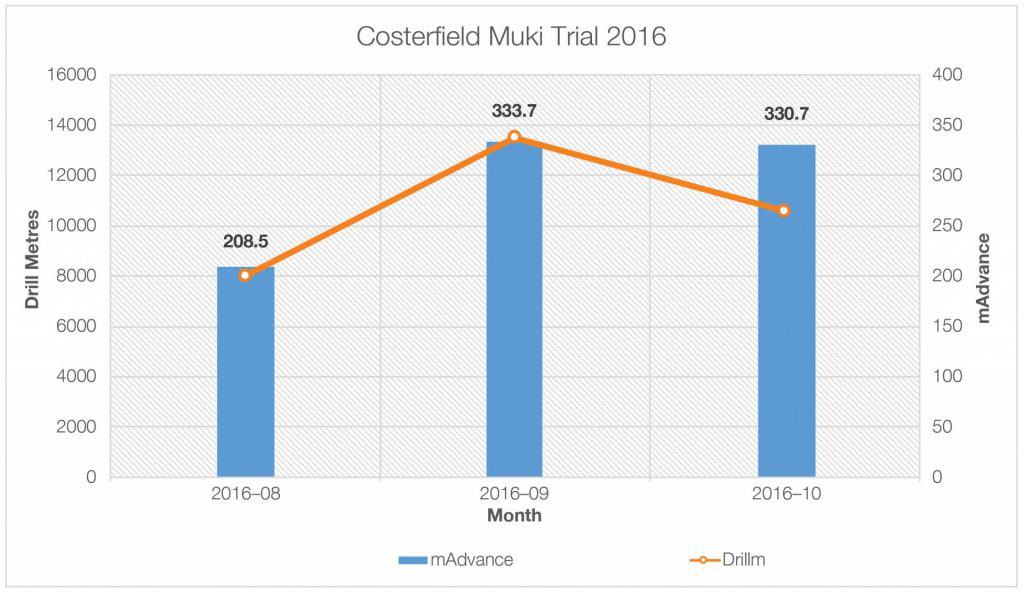